Kanta Tsuneyama is a Japanese player, currently ranked #13 in BWF’s world ranking for men’s singles. At 25 years old he has 151 career wins in both men’s singles and men’s doubles category. Tsuneyama is qualified for this year’s TOKYO 2020 OLYMPICS in his home country! This goes to show that Tsuneyama is one of Asia’s best players!

In the early stages of his professional career, Tsuneyama has already started to compete in many local and international tournaments. In 2013 he played at the SCG BWF WORLD JUNIOR CHAMPIONSHIPS 2013 and the following year saw him competing in multiple events such as the BADMINTON ASIA YOUTH U19 CHAMPIONSHIPS 2014 where he won silver against Chinese player She You Qi and at the Youth Olympic Games, where he won silver with his partner Chinese Taipei player Lee Chia-hsin. Despite just starting out, Tsuneyama’s already making a good impression by making it to the finals of these events.

In 2015, he continued competing in various tournaments at home and abroad, starting from the OSAKA INTERNATIONAL CHALLENGE BADMINTON CHAMPIONSHIPS 2015, to CHINESE TAIPEI GRAND PRIX, JEONJU VICTOR KOREA MASTERS and more.

2016 then became one of Tsuneyama’s most successful years in his career so far, winning 3 silver medals and 1 title. At the AUSTRIAN OPEN 2016, he achieved a silver after competing against Danish player Anders Antonsen. Next, he finally came out on top of the podium at the FINNISH OPEN 2016 where he won the title against Vietnamese player Nguyễn Tiến Minh after defeating him 21–10, 21–14 in just over 30 minutes. He then collected another silver at the Austrian Open and U.S. Open. A fantastic result for someone so young.

The following year continued on his success of the previous one. After claiming a silver at last year’s AUSTRIAN OPEN, Tsuneyama came back and claimed the gold. At the AUSTRIAN OPEN 2017 he defeated Spanish player Pablo Abián 21–10, 12–21, 21–11 to claim the top spot. But he didn’t stop there and also went on to win another title, this time at the 2017 YONEX CANADA OPEN where he beat fellow compatriot Kento Momota 22–20, 14–21, 21–14 in over one hour to win him the title! An incredible and thrilling match!

He continued his success in 2018 and 2019, by winning gold at the TOYOTA THAILAND OPEN 2018 against Tommy Sugiarto and at the GWANGJU KOREA MASTERS 2019 where he beat Chinese player Lin Dan. Tsuneyama has beaten many top players from Kento Momota to Lin Dan to claim his titles, showing us that he is one of Asia’s best players.

Kanta Tsuneyama will compete this month at the Tokyo 2020 Olympics and will represent his country Japan. We wish him all the best of luck and success in the competition and future ones to come! 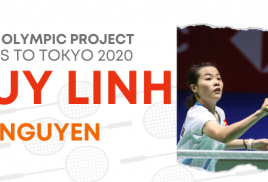 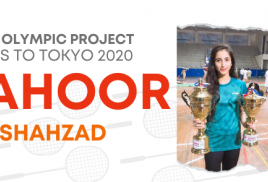 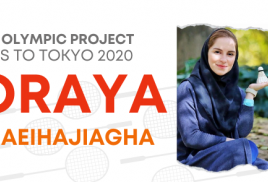