THE BEST OF ASIA: Han Chengkai

Han Chengkai is a Chinese badminton player. Currently ranked #18 in BWF’s world ranking for men’s doubles, at just 23 years old he already has over 140 wins in men’s and mixed doubles, including being part of the China squad winning the 2019 Sudirman Cup, making him one of Asia’s best players!

The following year saw him repeat his success in both Championships. At the 2016 Asian Junior Championships, this time he claimed 2 gold medals, both in the boy’s doubles and in the mixed team again. At the 2016 World Junior Championships in Bilbao, he again won 2 gold medals in the boy’s doubles and mixed team category. At such a young stage of his career, Han has already represented his country in an international tournament and won gold, something that he must be very proud of.

When Han competes in the men’s doubles event, his main partner is Zhou Haodong and the 2 of them have found success both in the junior championships and also in their current senior careers. In 2016, the pair won silver at the Indonesian Masters, just losing to their Indonesian opponents Wahyu Nayaka and Kevin Sanjaya Sukamuljo 16–21, 18–21. But despite the loss in the finals, this was only a hint of their upcoming success in the following years. In 2018, the pair won silver at the China Open and claimed a gold medal at the 2018 French Open against Indonesian men’s doubles stars Marcus Fernaldi Gideon and Kevin Sanjaya Sukamuljo, in which they won in a thrilling 3 game match 23–21, 8–21, 21–17! To have defeated such a good pair was immense for the Chinese duo. The same year, they also won against their compatriots Di Zijian and Wang Chang at the Lingshui China Masters.

In 2019, Han continued to be successful and helped the Chinese Team claim victory. At the Asia Mixed Team Championships, he was a part of the mixed team that won them the gold medal. Then, China reclaimed their title at the Sudirman Cup after coming 2nd to Korea in 2017. Team China claimed the Gold at Nanning and Han was a part of the success of the team. What an incredible way to contribute to the success of the national team!

Han Chengkai has only just started his career, but he and his partner Zhou Haodong have been incredible so far. We cannot wait to see them continue on their path of hard work and success. Badminton Asia is proud of one of Asia’s best players! 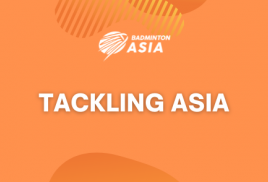 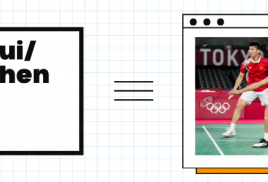 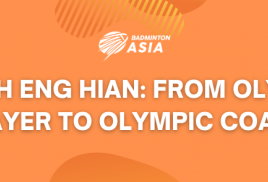