Born in Hong Kong, Lee started playing badminton at a very young age of 5. He was inspired by his family to start picking up his racket and playing the sport. His love of the game turned serious, and he went professional in 2010, over a decade ago. Even though he’s only 24, Lee has been playing badminton for half his life.

Lee competed a lot in junior championships. He participated in the BADMINTON ASIA YOUTH UNDER 19 CHAMPIONSHIPS 2012 and made it to the Round of 16. The following year he continued to play in more competitions including the BWF World Junior Championships, German Junior, Dutch Junior International and more. It was in this year, when he won a silver medal at the Asian Youth Games in Nanjing.

In 2014, he reached the final of the Korea Junior Open Badminton Championships, only losing to Korean player Seo Seung Jae. He also reached the semifinals of the German Junior. But in that same year, he was on the podium as he won bronze at the Asia Junior Championships held in Taipei.

He continued to compete in 2015, however it wasn’t until 2016 before he snatched another medal at the Singapore International, winning silver. In 2017, he won silver medals again at the Belgian International and Kharkiv International. But in 2017, after winning multiple bronze and silver medals, he finally clinched a gold medal. At the New Zealand Open, Lee defeated his opponent Wang Tzu-wei 11–21, 21–15, 22–20 to bring home the gold! An amazing achievement for the Hong Kong player.

Lee played in many competitions in 2018, including reaching the semifinals at the Hong Kong Open and winning silver at the Singapore International. In 2019, he helped his team win bronze at the Asia Mixed Team Championships but this was also the year where he brought the title home: gold at the Hong Kong Open.

Just 2 months ago, he competed at the Thailand Open and reached the quarter finals of both events. We’re excited to see him play more and achieve even bigger things! 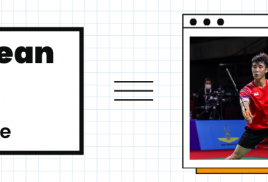