Gender equity has been a pressing issue and an important topic of discussion in sports and within the realms of badminton for a long time. Much progress has been made since the sport first started decades ago, as now there is more awareness of the issue, greater accessibility of badminton, and the addition of inclusive rules which all encourage young women to participate in the sport. However, with great progress, there is always room for development. Last year, Badminton Asia wrote a piece on Gender Equality in Sports and Badminton which also covers these issues. It’s an important topic to always be in discussion about in order to progress greater change.

Badminton Asia (BA) had the pleasure to speak with Rukhshona Narzulloeva, from the Badminton Federation of Tajikistan, on her views on gender equity in badminton and in particular, in Tajikistan. She also shared with us her thoughts on the challenges that women face within the badminton community and improvements that can still be made to push for greater inclusivity.

Rukhshona has been involved in badminton for quite some time. She first started playing at university where it became an important part of her life and as a player, she got 2 champion titles in Tajikistan. After she stopped playing, she became an executive and administrative coordinator at the Federation. At the federation, she also helps organize tournaments, deliver workshops, train the staff and athletes, lead official correspondents on behalf of Tajikistan badminton Federation, run all social accounts, and coordinate women’s badminton in Tajikistan. It’s safe to say that she can do it all!

There are a lot of obstacles that women and young girls face within the badminton community. Rukhshona shares, “There is a lot of stereotypes that girls are facing in their daily life (in Tajikistan), for example, in most man dominated rural communities, they are reluctant to let their wives, daughters and sisters engage in sports (badminton) because they think it is disgraceful activity for women. And there is a belief that sports is only for men especially in rural areas in Tajikistan”. This issue is seen across the country, however Rukhshona says that this is particularly present in rural regions where “playing badminton and doing sports in general does not fit with local community norms and values”. Rukhshona emphasizes that these kinds of stereotypes are the ones that they want to break.

According to her, the badminton federation in Tajikistan is making efforts but there is still a long way to go in terms of gender balance, and because of this they are implementing a number of gender related projects to achieve gender equality in badminton. “Based on our outcome, we can say that the number of girls in badminton in Tajikistan especially in rural regions are increasing. In 2010 the number of girls in badminton (in Tajikistan) was about 7% and now (2021) 43%.  It’s a good improvement, but we still need to continue our efforts to have equal representation for both female and male in Badminton”.

The Initiatives Taken and the Future Ahead

To try to improve the situation, Rukhshona and the federation made several initiatives in the badminton community: “We mostly had different gender related projects, we used sport as a tool to reach this goal. We had different initiatives for gender related projects: women in sport projects; healthy lifestyle; promoting sports through women leaders; sports for migrant children project”, she lists. The initiatives that Rukhshona mentions focus a lot on education for the community, both for women and men. “We also organized different social campaigns, for example, gender violence against women (global campaign) in the framework of this global campaign we organized sport activities” Rukhshona adds.

Rukhshona highlights how these initiatives would not have been possible if it weren’t for her mentors in the federation: Mr. Kabir Jurazoda (president of the federation), and Ms Nargis Nadiva (first woman to be vice president). “They are always giving me valuable advice. The vice president, she is always coordinating gender related projects. So I would say they are pioneers for gender equity in our local community (in badminton)”.

Although the road is tough, hope is always at the end of the tunnel. “We have high hopes and aspirations, we want to see badminton in Tajikistan absent of gender discrimination, and to accomplish these goals we still have a long way to go”, Rukhshona says. The badminton federation in Tajikistan are continuously trying to implement more gender related projects and activities, as they aim to become an example for other federations in the fight against gender discrimination. “What I want to see in the future is equal representation for both male and female badminton athletes in Tajikistan. I want equal opportunity for both male and female,” Rukhshona concludes.

Badminton Asia continues to push for more inclusivity in the sport. The gender equity program that BA has originated from BWF and is mainly to establish greater participation in badminton and to create a bigger platform for all women to share their ideas and experiences in a space that is historically male dominated.

In 2017, BA created the ‘Women in Badminton’ committee, and it was then when the annual programs started. Examples include the ‘Women in Badminton Planning Meeting’ where we invite various key women from each Member Associate (MA) to discuss their progress and key issues in terms of gender equality in badminton in their country. Additionally, in 2018 and 2019 BA hosted a ‘Women in Badminton Summit’, where we also conducted a shuttle time course. Around 50-60 women were part of the course for 2 years and became certified teachers for shuttle time. In 2020 last year, because of the pandemic it was difficult for BA to do many face-to-face programs, therefore we focused on virtual programs such as the virtual ‘Women in Badminton’ forum; an awareness program for women. BA hopes that there is an increase in participation in all divisions from our shuttle time courses to other developing programs to create a more balanced environment.

Promoting and encouraging gender equity in badminton is difficult, but it’s a battle that we must all fight in. Initiatives created by Rukhshona, the Tajikistan federation, BWF and Badminton Asia all aim to achieve a more inclusive sport for all. 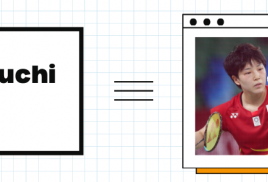 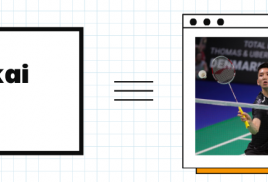 THE BEST OF ASIA: Han Chengkai