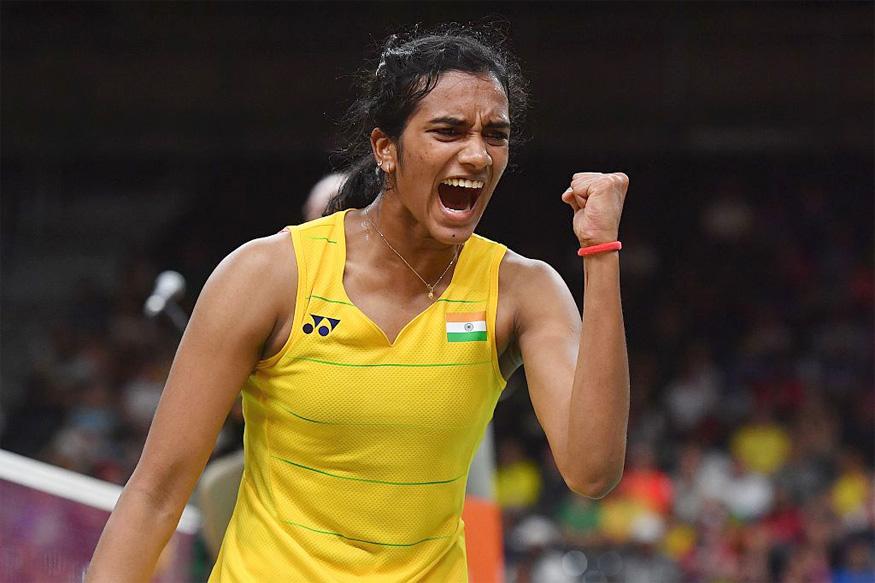 In a repeat of the women's singles final at the Rio de Janeiro Olympics in August India's P.V. Sindhu (Image above) got her revenge for her defeat in the gold medal match when packed off Spain's Carolina Marin to advance to the semi-finals in the Dubai World Superseries.

The lanky Indian, named this year's Most Improved Player by BWF, swept past the shrieking Spaniard in straight sets 21-17, 21-13 win 47 minutes. The victory at the Hamdan Sports Complex in Dubai was certainly sweet revenge for Sindhu.

Earlier Sun Yu completed kept her winning run in the group when she defeated second seeded Yamaguchi in three sets 15-21, 21-10, 21-10 in a 62 minute encounter to top Group B followed by Sindhu to advance to the last four.

In Group A world No 1 and top seed Tai Tzu Ying of Taiwan suffered a 21-15, 21-17 defeat to Korea's Sung Ji-hyun. However, both Tzu Ying and Ji-hyun had already qualified for the knockout round.

Meanwhile, four-time champion Lee Chong Wei's hopes of winning the title for the fifth time ended when he went to Denmark's Viktor Axelsen. The lanky Dane advanced to the semi-finals with a 14-21, 21-14, 21-19 in 72 minutes. It was the Rio Olympics bronze medallist's first win over the Malaysian world No 1 who won the silver in Rio.

Chong Wei, however, took the defeat in his stride sand said: "It is okay with me knowing that I am coming back to competitive badminton after a two-month layoff due to injury. I will work harder on my fitness and come back stronger for the new season."

Malaysia, however, will still have interest in Dubai when second seeds and world No 1 Goh V Shem-Tan Wee Kiong made the semi-finals with a 16--21, 21-13, 22-20 win over China's Chai Biao-Hong Wei in a Group B match.

All England champions Praveen Jordan-Debby Susanto of Indonesia continued their fine run in Dubai as they sent Denmark's Joachim Fischer Nielsen-Christinna Pedersen out of the tournament with a 21-17, 21-16 win in their Group A match.