The world's fastest racquet sport had evolved into club franchises tournament in the past few years giving a different flavour from what the conventional badminton tournament had given to fans for decades.

With different format of play and greater incentives for players, not only from the home ground but also allowing the importation of top class foreign players had boomed badminton sporting industry into a lucarative market. Private sponsorship and greater television coverage plus the rules tweaking matches and ties giving audiences high value badminton play with greater entertainment incentives.

The Indian Premier Badminton League 2017 had just kick started its season 2 in the high tech city of Hyderabad. This year the city-based franchise teams had a wider pool of top international players such as Olympic Gold Medalist, Carolina Marin rubbing shoulders with the homegrown Silver Medalist P.V. Sindhu had added greater excitement to this years league. 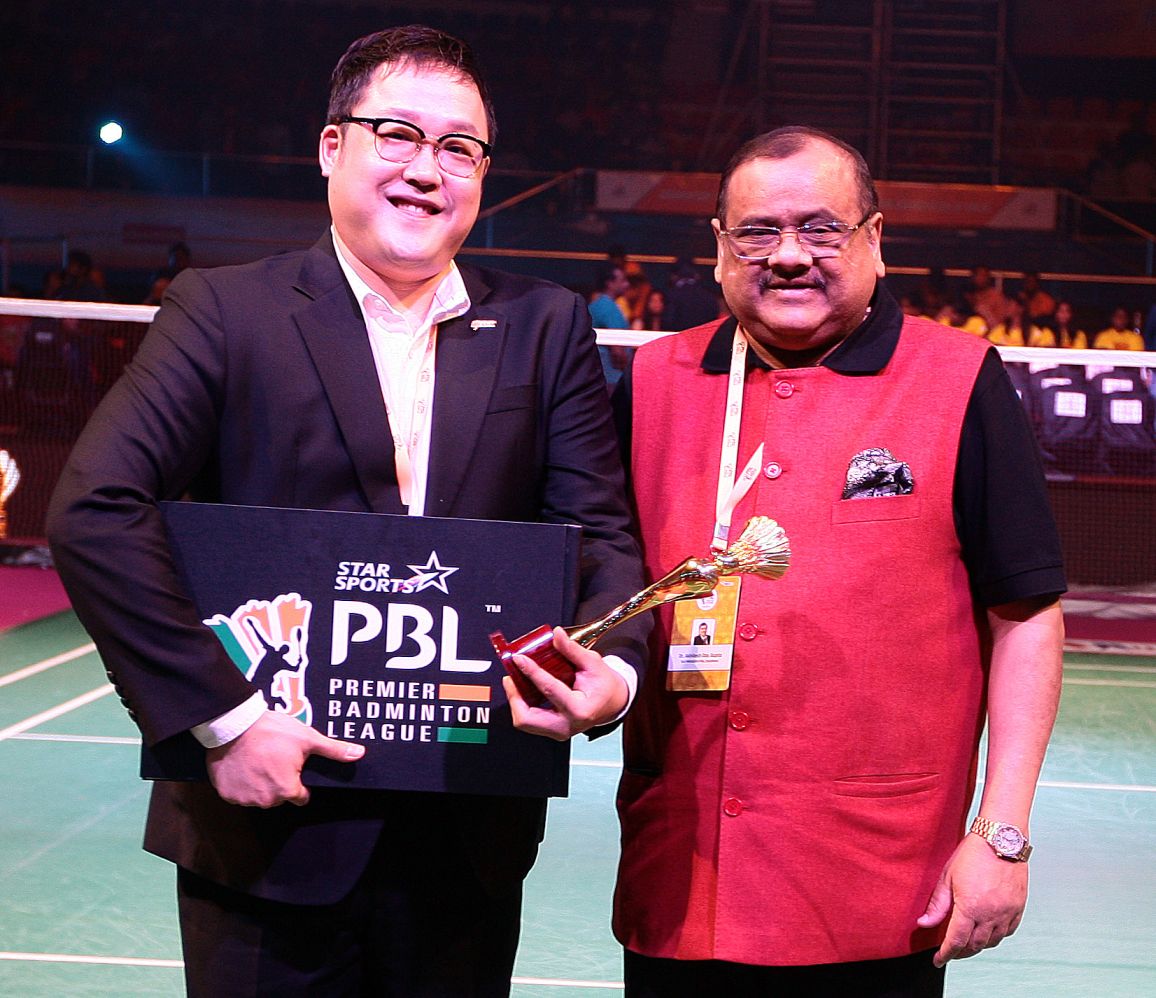 The opening ceremony on Sunday was officiated by the the Chairman of the Governing Council of the League, Dr. Akhilesh Das Gupta, who is also the President of Badminton Association of India (BAI) and the Vice President of Badminton Asia. The ceremony was electrifying and entertaining, followed by exiciting matches which kept all at Gachibowli Stadium at their feet with high adrenaline atmosphere.

Badminton Asia Secretary General, Kim Hongki, Greg, was the guest of honour in the opening ceremony in Hyderabad. His presence in support of such initiative by our member association in bringing forward the showcase of badminton with higher entertainment value to the fans, greater showmanship of players and benefitting financially to sponsors and players, making this a win-win formula for all.

Watchout for the New Badminton Powers: India and Thailand