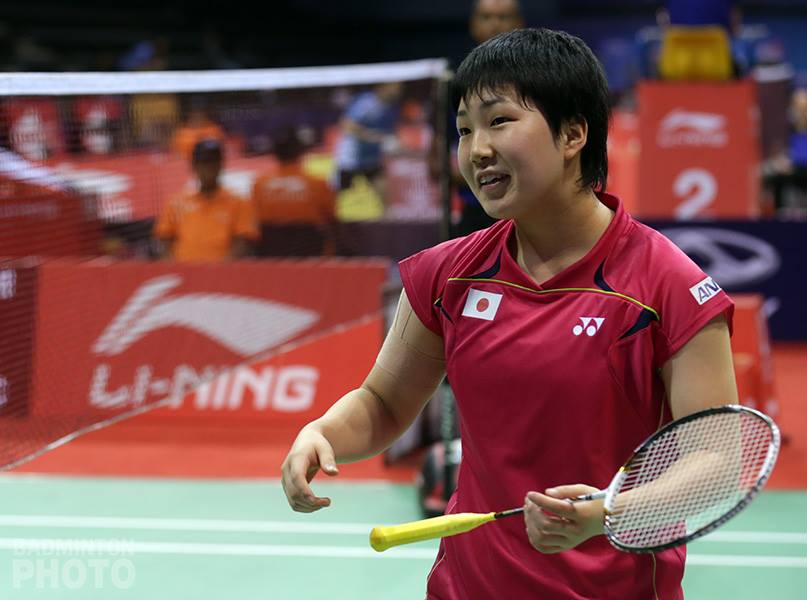 Japan's Akane Yamaguchi ( Image above) handed reigning Olympic and world champion Carolina Marin of Spain a second successive defeat in Group B in the women's singles in the Dubai Superseries Finals.

The group semi-finalists will be decided on Friday with Sun Yu facing Yamaguchi and Sindhu taking on Marin in a repeat of the Rio Olympics final.

It was plain sailing in Group A with world No 1 and top seed Tai Tzu Ying of Taiwan and Korea's registering their second wins on Thursday. Tzu Ying beat former world champion and world No 1 Ratchanok Intanon of Thailand 21-12, 21-14 while Ji-hyun snuffed out China's He Bingjiao 21-18, 21-15.

Meanwhile, Malaysia's world No 1 Lee Chong Wei hauled himself back into contention when he won 21-15, 22-20 against Hong Kong's Angus Ng Ka Long in a Group B match. The Malaysian suffered a shock defeat to Korea's Son Wan-ho 10-21, 16-21 in his first match.

Wan-ho, seeded second, made the last four when he continued his rich form in Dubai for his second win - defeating Denmark's Olympics bronze medal winner Viktor Axelsen in three sets 21-19, 14-21, 21-18 in a 76 minute match.

In the men's doubles world No 1 Goh V Shem-Tan Wee Kiong, seeded second in Dubai, made the semi-finals after a come-from behind 18-21, 21-19, 21-19 win over China's Li Junhui-Liu Yuchen. The Malaysians received a walkover from Denmark's Mathias Boe-Carsten Mogensen in their first match.

It was sad end to Olympics champions Tontowi Ahmad-Liliyana Natsir's campaign in Dubai when the Indonesians retired in the second set against third seeds Joachim Fischer Nielsen-Christinna following a knee injury to Liliyana in a Group A match.

The Danes were leading 21-8, 11-6 when the Indonesian pair threw in the towel in . They had also lost their first match to compatriots and All England champions Praveen Jordan-Debby Susanto.

Praveen-Debby upset top seeds Ko Sung-hyun-Kim Ha-na of Korea 21-12, 21-15 for their second win and book their place in the last four.