Kento Momota showed why is the world champion and the current world No 1 as he won the Singapore Open - his third title in four finals - gunning down Indonesia's rising star Anthony Ginting 10-21, 21-19, 21-13 in an entertaining 73 minutes at the Singapore Indoor Stadium on Sunday.

It was his second Singapore Open title but this time he was forced to bring out his best - going the full distance against the hungry Indonesian who got tired as the match progressed.

Momota went home USD26,625 richer for his win while Ginting settled for USD13,490 for his efforts.

Speaking on television in an interview at the courtside before the prize-giving ceremony, Momota said: "This is a match I was losing. However, Ginting probably got tired as the match progressed and I grabbed the opportunities."

With the win, Momota extended his supremacy over Ginting to 7-3 but it came the hard way for the Japanese as he was trailing in the second and third games against the fast and aggressive Ginting.

In the second Ginting was leading 16-11 but once Momota got into the rhythm it turned things around for the champion to force a decider.

The decider was another Ginting show as he grabbed a 12-8 lead. At this stage, Momota woke up and reeled off nine points in a row to lead 17-12 and the rest is history.

"Four years ago I won my first Superseries title in Singapore and I am happy to win it again here," said Momota.

Japan, however, reigned supreme in two doubles events - the men's doubles and the women's doubles. 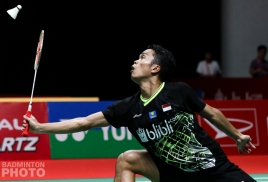 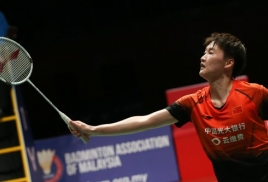 A first for Momota and Yufei in Perodua Malaysia Masters 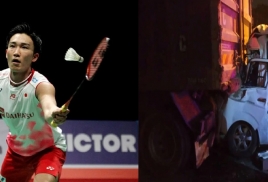