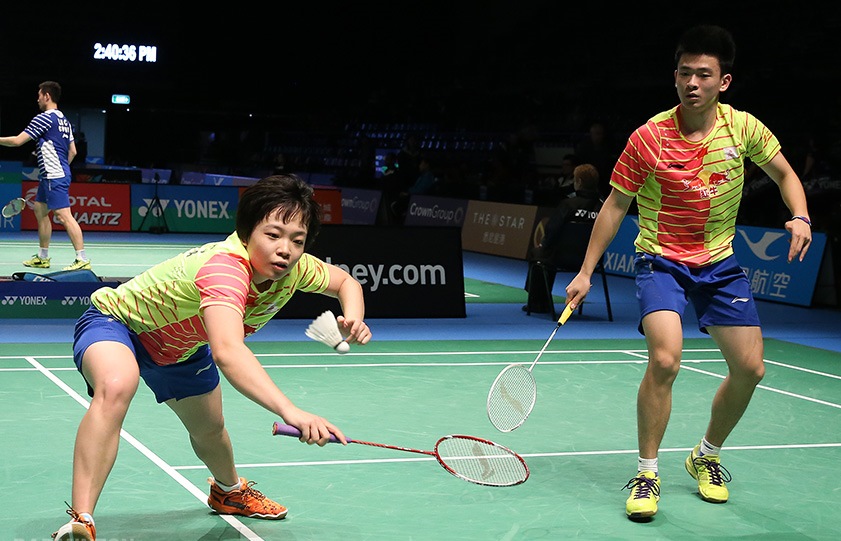 It has not been a good two weeks for Korean mixed doubles pair of Ko Sung-hyun-Kim Ha-na who were hot favourites to take the titles based on their world No 1 ranking and top seeds in the USD700,000 Thaihot China Open Superseries Premier in Fuzhou which ended last Sunday and the Yonex Sunrise Hong Open Superseries which began in Hong Kong on Tuesday.

The Koreans ended up without a the title in both tournaments. In the China Open Sung-hyun-Ha-na were beaten in the semi-finals - losing to China's unseeded pair Zhang Nan-Li Yunhui 21-19, 10-21, 21-15.

The straight sets defeat in the first round in the Hong Open on Tuesday was even more shocking for the top seeds and favourites who slumped to a 15-21, 14-21 defeat to Hong Kong's Tang Chun Man-Tse Ying Suet in only 34 minutes.
The Koreans were not the only seeded pair to fall in Hong Kong. Malaysia's Olympics silver medal winners Chan Peng Soon-Goh Liu Ying are also out of the tournament. The Malaysians, seeded fourth, went out tamely 12-21, 11-21 to Korea's Yoo Yeon-seong-Chang Ye-ma in a 37-minute match at the Hong Kong Coliseum.

It was a double blow for Malaysia when Tan Kian Meng-Lai Pei Jing were also shown the exit in the first round. The second ranked Malaysian pair lost 16-21, 18-21 to Japan's Yugo Kobayashi-Misaki Matsutomo in 34 minutes.

It was smooth sailing into the second round for Indonesia's Praveen Jordan-Debby Susanto. The All-England champions, ranked No 5 in the world swept to an easy 21-15, 21-12 win in 27 minutesagainst Korea's Kim Jae-hwan-Lee So-hee.

Olympic champions Tontowi Ahmad-Liliyana Natsir of Indonesia, fresh from winning the China Open last week, were also in top form and had no difficulty against Lin Chia Yu-Wu Ti Jung of Taiwan with a 21-16, 21-11 win in only 22 minutes.

The Taiwanese will now face giant killers Chun-Man-Ying-suet in the second round.