She is only 17 and An Se-young, the teenager from Korea won her first world tour title - with a sensational straight game 21-19, 21-15 win over China's 2012 London Olympics gold medallist Li Xuerui to clinch the women's singles in the New Zealand Open in Auckland on Sunday.

At the age of 28, 15th ranked Xuerui carried a wealth of experience against Se-young from Gwangju who became the first junior high school student in the Korean national team and donned national colors in the 2018 Uber Cup Finals in Bangkok where Korea won the bronze.

Se-young ranked 78, has now set her sights on the World Championships and the Olympics and the New Zealand Open is just the beginning for this Korean lass who does extra training on her own.

"I have been doing extra training on my own but I did not expect to win so early.

I am working hard and already playing against top players with more experience.

I aim to go to the World Championships and the Olympics," said the delighted Se-young after her win.

My aim is to play in the Olympics," said the Indonesian.

"We never gave up even when we were down," said a delighted Peng Soon.

The USD150,000 New Zealand Open is the first tournament that offers the 2020 Tokyo Olympics qualifying points.

The year-long Olympics qualifiers end with next year's Badminton Asian Championships in Wuhan in April. 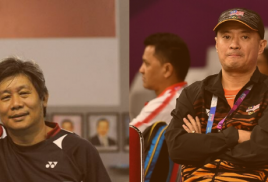 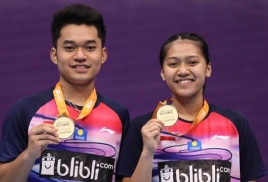