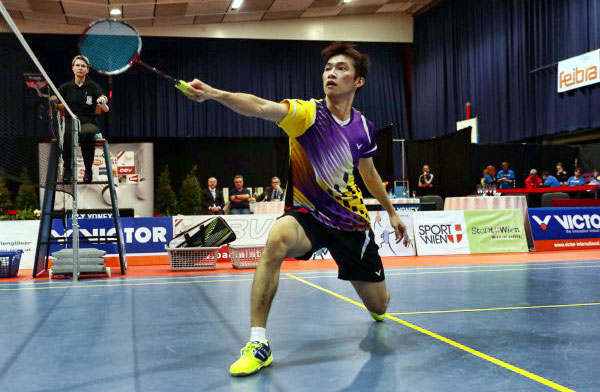 Hong Kong's Angus Ng Ka Long (Image Above) in the men's singles and Japan's Takeshi Kamura-Keigo Sonoda in the men's doubles wrote history in the USD350,000 Yonex Sunrise Hong Kong Open Superseries when the finals were played on Sunday.

Ranked No 14 in the world Ka Long defeated India's Sameer Verma (world 43) in three sets 21-14, 10-21, 21-11 in a 50-minute final at the Hong Kong Coliseum. Despite the defeat Verma can still walk tall for reaching his first Superseries final.

What more when Verma was promoted to the main draw after Indonesia's Jonathan Christie withdrew due to injury. It was a fairy tale run for the Indian national champion who had never gone beyond the second round in his previous Superseries tournaments.

Kamura-Sonoda staged a remarkable performance against Denmark's fourth seeds Mathias Boe-Carsten Mogensen to take the title with a 21-19, 21-19 win in 47 minutes to write history and end a long wait.

It was also sweet revenge for the Taiwanese lass who was beaten by Sindhu in the Rio Olympics. Tzu Ying leads the head to head count 5-3.