THREE major team events in badminton were just completed this year. China almost did a clean sweep. Starting from the Sudirman Cup which was held in Vantaa, Finland, September 26th-October 3rd, where China was able to beat Japan with a score of 3-1.

Interestingly, China was not going at full force. In the singles and doubles category, they performed without the two highest-ranking representatives. Chen Long, who is ranked 6th in the world, as well as the world number four pair, Li Jun Hui/Liu Yu Chen. Both were not part of the squad after failing to win gold at the Tokyo 2020 Olympics.

But their absence did not weaken China's power too much. In the other three categories, women's singles, women's doubles, and mixed doubles, they still fielded the strongest squad. In women's singles and mixed doubles, they had Tokyo 2020 Olympic gold medalists Chen Yu Fei and Wang Yilyu/Huang Dongping. As a result of the evenly distributed strength in the five events, China added another Sudirman Cup to its collection for the 12th time.

The same squad was also carried in the Thomas and Uber Cups whose finals were held in Aarhus, Denmark, on October 9th-17th. It was another tough challenge. Denmark as the host is considered a serious threat to interfere with China's ambition to collect its 11th title. The reason is that Denmark has four strong singles players with two of them in the top three, namely Viktor Axelsen, ranked second and gold medalist at the 2020 Tokyo Olympics, and also Anders Antonsen, ranked third in the world. Meanwhile, China is still relying on Shi Yu Qi, who is ranked 10th. Meanwhile, the other singles players were still not as strong as Shi Yu Qi, namely Lu Guang Zu, ranked 27th, Li Shi Feng 65th, and Weng Hong Yang, 148th.

In doubles, the two pairs He Ji Ting/Zhou Hao Dong and Liu Cheng/Wang Yilyu were not ranked due to impromptu pairing. However, this combination remains powerful. They were able to qualify for the final. The only surprise is that they’re not facing Denmark in the final, as expected. Indonesia appeared surprising after appearing sluggish in the Sudirman Cup by only being able to reach the quarter-finals.

In the Thomas Cup semifinals, Indonesia won 3-1. Denmark's only victory was won by Viktor Axelsen over world number five Anthony Sinisuka Ginting. Meanwhile, in the two doubles and one singles category, Denmark, which won in 2016 by beating Indonesia in the final, was helpless. The world number one doubles Kevin Sanjaya/Marcus Fernaldi Gideon seemed to have found their strength again thus lifting the spirit of the whole Indonesian squad, thanks to the victory over the best Danish doubles Kim Astrup/Anders Skaarus Rasmussen, ranked 11th in the world.

The success of Kevin Sanjaya/Marcus Fernaldi Gideon, nicknamed the Minions, was followed by Jonatan Christie, ranked 7th in the world, over Anders Antonsen. It was then followed by the world number seven Fajar Alfian/Muhammad Rian Ardianto ensuring that Indonesia qualified for the final against China, which previously defeated Japan with a score of 3- 1. Japan's only victory was won by world number one Kento Momota in the men's singles over Shi Yu Qi in two games 22-20, 20-5. The second game was not played because Shi Yu Qi was injured.

With this injury, Indonesia was even more favored to win the Thomas Cup which was last won 19 years ago in 2002 in Guangzhou, China. The result was as expected. Indonesia, which was in doubt due to the poor performance of its representatives in the Sudirman Cup, eventually was able to prove their power and increase their collection of titles to 14. Anthony Ginting, Fajar/Rian, and Jonatan Christie were able to give a straight 3-0 victory.

On the day before, Saturday (10/16/2021), China was able to reclaim the Uber Cup. The symbol of supremacy in the women's team was achieved thanks to a 3-1 victory over defending champion Japan. China’s only loss was in the first singles match where Chen Yu Fei was defeated by Akane Yamaguchi -- a repeat of what happened previously in the Sudirman Cup. Luckily in the doubles, China did a clean sweep and won in the second singles.

By looking at the existing power map, world badminton power countries such as China, Japan, Indonesia, and Korea will reap the rewards of their courage to launch their young athletes. The competition will continue to be tight in order to win the three team events. 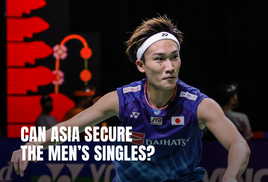 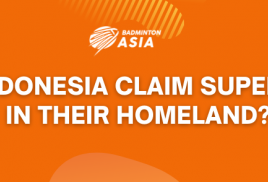 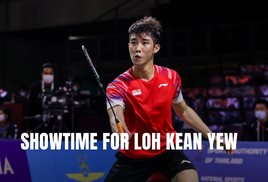