Disappointing results befall Indonesia at the Toyota Thailand Open. None of the country's representatives were able to reach the final round of the tournament, which provided a total prize of USD 1 million.

The last hope was placed on the shoulders of the senior men's doubles pair Hendra Setiawan/Mohammad Ahsan, but even they were stopped in the semifinals. The second seed surprisingly lost the match 21-14, 20-22, 12-21 against Chinese Taipei’s doubles seeded in sixth place Lee Yang/Wang Chi-Lin.

On the same day, before Hendra/Ahsan took to the court, another Indonesian pair was also stopped at the semi finals. Indonesia’s representatives in the women's doubles Greysia Polii/Apriyani Rahayu lost to the South Korean pair Lee So Hee/Shin Seung Chan in straight games of 16-21, 18-21. A week earlier, Greysia/Apriyani was able to win the Yonex Thailand Open.

These results pose quite an alert for Indonesia. Their strengths and weaknesses were already mapped by their opponents.

In the three other categories (men's singles, women's singles, and mixed doubles) at the Toyota Thailand Open, no Indonesian player made it to the semifinals. The men's singles that fielded three of its best badminton players, with two of them entering the top 10, Anthony Sinisuka Ginting and Jonatan Christie, had lost in the early rounds. Anthony lost in three games to Taiwanese badminton player Lee Cheuk Yu 19-21, 21-13, 12-21. While Jonathan “Jojo” Christie, lost in the first round to Prannoy HS from India 21-18, 16-21, 21-23. These two players who could have been champions seem to be having issues with their mentality and fighting spirit on the court and that took them down despite their amazing skills and experiences.

Meanwhile, in the women's singles, Ruseli Hartawan immediately lost in the first appearance to Yeo Jia Min from Singapore 20-22, 18-21. Another player, the 2018 junior world champion Gregoria Mariska Tunjung, surrendered in the second round 20-22, 16-21 to top seed Tai Tzu Ying of Chinese Taipei. In this category, Indonesia has yet to find a new Susi Susanti who can compete at the top of the world despite all efforts that have been made, including sending Reony Mainaky back from Japan to improve Indonesia’s women's singles category. Reony is one of the figures who has made Japan gain back some respect in the international arena.

The same problem also occurs in Indonesia's mixed doubles. Predicted to win and were on their way to avenge their defeat at the Yonex Thailand Open, Praveen Jordan/Melati Daeva were suddenly humiliated in the first round by French doubles Thom Gicquel/Delphine Delrue, losing  21-14, 9-21, 13-21. The defeat surprised the Indonesian public.

If this continues, Indonesia's big name might slowly fade away. Indeed, there is still Kevin Sanjaya / Marcus Fernaldi Gideon in the men's doubles. They are the mainstay of every tournament. But it is not impossible that they will also face struggles like Hendra/Ahsan.

Their playing style has begun to seem rather predictable by opponents. The Badminton Association of Indonesia (PBSI) needs to find more new ways to prepare young Indonesian talent to become future champions. They need to help players strengthen their mentalities when the match gets tough and when the opponent starts taking the lead. Hopefully then, they will have a stronger fighting spirit just like their previous senior players who mastered the world of badminton in the era of the 1970s to the 1990s.

But despite the disappointing results, there is still hope for Team Indonesia as they will have 5 representatives at the BWF World Tour Finals starting the 27th of January. These players are: Greysia Polii/Apriyani Rahayu for Women’s doubles, Mohammad Ahsan/Hendra Setiawan for Men’s Doubles, Praveen Jordan/Melati Daeva and Hafiz Faizal/Gloria Emanuelle Widjaja for Mixed Doubles, and Anthony Sinisuka Ginting for Men’s Singles. These players can still aim for a place at the podium next week. While Indonesia’s results are not up to the expectations of many, they are still a team with many talented young players, all with bright futures ahead. With the right training and mentality, these players can still reach to the very top. 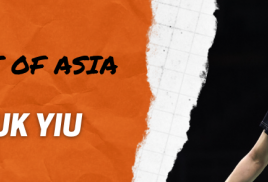