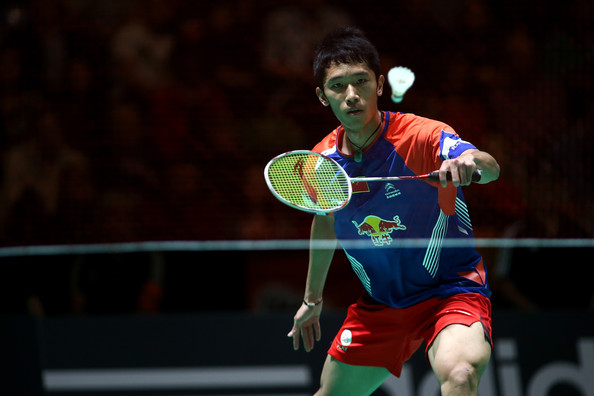 The Chinese ace outplayed the Dane in a three-set thriller 21-17, 19-21, 21-13 in a 62-minute semi-final battle at the Hamdan Sports Complex in Dubai, United Arab Emirates on Saturday.

It is Axelsen second successive final in the Dubai Superxseries Finals. He lost to Japan's Kento Momota in last year's final.

The women's singles final will see Taiwan's current world No 1 and top seed Tai Tzu Ying take on Korea's Sung Ji-hyun. Tzu Ying, the 2014 champion, will get the chance for revenge against the Korean who beat her 21-15, 21-17 in a Group A match on Friday.

Ji-hyun, who is enjoying a brilliant run in Dubai, was in form to defeat India's Rio Olympics silver medallist P.V. Sindhu. However, Ji-hyun had to dig into her reserves before prevailing 21-15, 18-21, 21-15 in 76 minutes.

The men's doubles final went according to the seedings with top seeds Takeshi Kamura-Keigo Sonoda facing world No 1 and second seeds Goh V Shem-Tan Wee Kiong for the title.

In the semi-finals the Japanese, losing finalists last year, snuffed out Europe's hopes and challenge with a masterful display against Denmark's Mads Conrad Petersen-Mads Pieler Kolding for a convincing 21-17, 21-19 win.

V Shem-Wee Kiong snatched a 21-18, 21-16 win over China's Chai Biao-Hong Wei but face a tough match against the Japanese who are touted as the favourites for the title.

Olympics champions Misaki Matsutomo-Ayaka Takahashi showed championship form when they whipped Denmark's Kamilla Rytter Juhl-Christina Pedersen 21-12, 21-11 n the semi-finals which was a repeat of the final in Rio.

Their opponents in the final are young Chinese sensation Chen Qingchen-Jia Yifan - 23-21, 22-20 winners over the experienced Korean pair of Chang Ye-na-Lee So-hee.