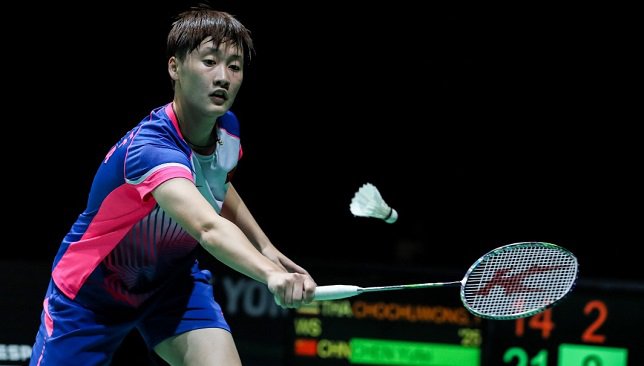 Newly crowned world junior champion Chen Yufei ( Images Above) led China's near clean sweep of all the five titles at stake in the Macau Open Grand Prix Gold on Sunday.

Chinese Taipei, however, spoiled the show for the Chinese when their second seeded pair of Lee Jhe-huei-Lee Yang in the last final of the day - the men's doubles.

The Taiwanese came back from a set down to beat China's Lu Kai-Zhang Nan 17-21, 21-18, 21-19 in a closely fought 69-minute thriller. The defeated denied China a clean sweep while it was also denied Zhang Nan from winning a second title after he had partnered Li Yinhui to win the mixed doubles.

The women's doubles was China's as number one seeds Chen Qingchen-Jia Yifan, who have been making waves on the international front powered to a 21-15, 21-13 win in 38 minutes over Indonesia's Anggia Shitta Awanda-Mahadewi Istirani Ni Ketut.