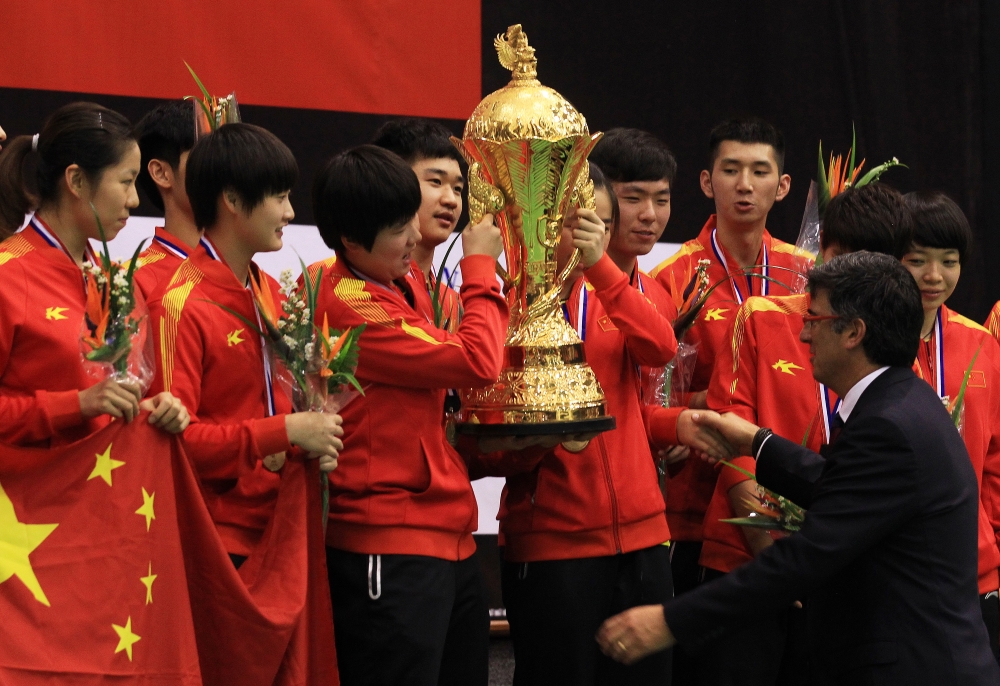 China once again stamped their authority as the undisputed kings of junior badminton when they won the Suhandinata Cup in the BWF World Junior Mixed Team championships.

In the final played in Bilbao, Spain the Chinese romped past Malaysian 3-0 to win the silverware for the 11th time. Malaysia were champions in 2011 in Taipei and runners-up in Alor Setar (Malaysia) in 2009.

Malaysia's defeat was not helped by injury to their ace singles player Lee Zii Jia - Malaysia's hero in the quarter-final win over last year's runners-up Indonesia and Thailand in the semi-finals by 3-1 margins by winning his matches.

His replacement Leong Jun Hao was a bundle of nerves in his match against the confident Sun Feixiang who walked away with a 21-15, 21-13 win in 40 minutes to give China a 2-0 lead.

Earlier China had won the opening tie - the mixed doubles - through He Jiting-Du Yue although the Chinese received some early resistance from Chen Tang Jie-M. Thinaah before prevailing 17-21, 21-13, 21-12 in a 48 minute match.

Malaysia had counted on reigning world junior champion Goh Jin Wei in the women's singles to haul themselves back on track. However, the 16-year Jin Wei could not prevent China's Chen Yufei from clinching the winning point with a 22-20, 14-21, 21-8 win after a 70-minute battle.