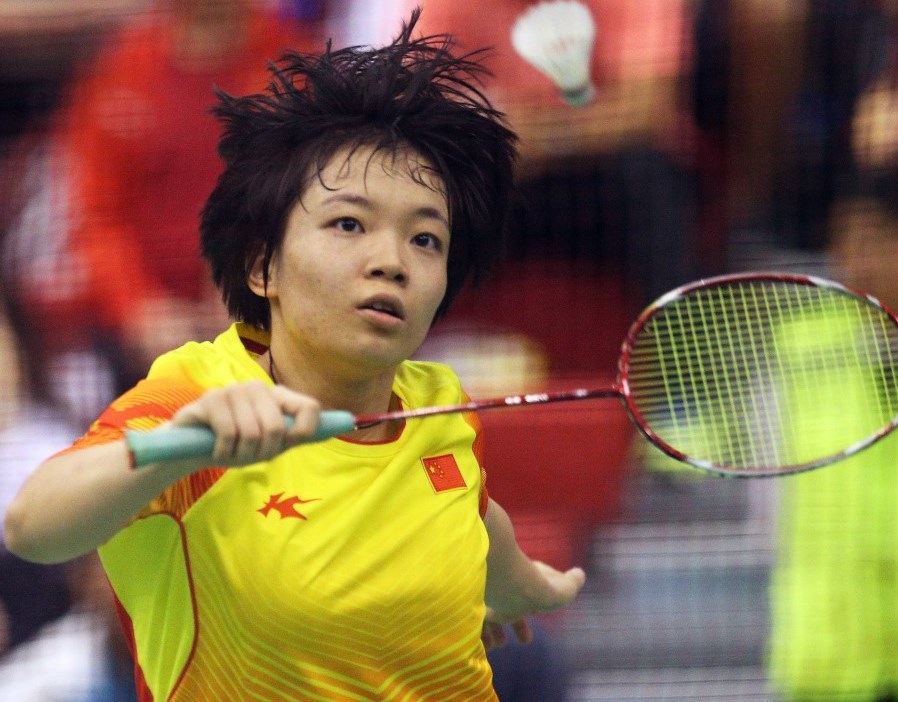 China's 19-year-old woman shuttler Chen Qingchen (Image above) established herself as one of the best doubles player to arrive on the badminton scene when she won a doubles double in the season-ending Dubai Superseries Finals which ended on Sunday.

Qingchen was the toast of the week-long tournament played at the Hamdan Sports Complex in Dubai and the smiles and wide grin on her face spoke of her satisfaction as she put up her two fingers on the right hand for her achievements.

She and partner Jia Yifan started the ball rolling when they took to the courts in the women's doubles final against Rio Olympics champions and top seeds Misaki Matsutomo-Ayaka Takahashi.

Hours later Qingchen was back on court - this time with Zheng Siwei for the mixed doubles final against defending champions Chris Adcock-Gabrielle Adcock of England.

She was tired but Qingchen did not show it during the match but instead played an energetic and inspiring role in the mixed doubles final. The Chinese pair rattled the English husband and wife team - doing everything with their aggressive badminton which left their opponents in a daze and romped to a 21-12, 21-12 win in only 30 minutes.

"I am very excited and happy to win two titles in Dubai. I was tired in the second match (mixed doubles) but I must thank my coach for his advice," Qingchen was quoted by the BWF website.
Such was the dominance of Zheng Siwei-Chen Qingchen that Chris aptly summed it up with this quote: "I am not sure what happened to be fair."

Malaysia also celebrated a great win in the men's doubles with Olympic silver medallists Goh V Shem-Tan Wee Kiong ending the year with a masterclass performance for a 21-14, 21-19 win over top seeds Takeshi Kamura-Keigo Sonoda in 40 minutes. Their only other superseries win was in the Yonex Denmark Open in October.

Taiwan's Tai Tzu Ying overwhelmed South Korea's Sung Ji-hyun 21-14, 21-13 in 38 minute. The Taiwanese was champion 2014 and runners-up a year earlier. For Ji-hyun it was another disappointment of playing bridesmaid for the second time.

For the record Tzu Ying had lost to Ji-hyun 21-15, 21-17 in a group A match earlier in the week.
The only title that slipped from Asia was the men's singles which was won by Denmark's Viktor Axelsen who had to battle for 68 minutes before prevailing 21-14, 6-21, 21-17 against China's Tian Houwei.