With newly crowned Malaysia Open champion Datuk Lee Chong Wei not competing and World No 2 Kenton Lomita ruled out,  the Singapore Open Superseries is the perfect avenue for Chinese stars Chen Long and Lin Dan will be the hot favourites to win the men's singles title.

It was not a fruitful run for the duo at the recent Celcom Axiata Malaysia Open Superseries Premier which ended in Shah Alam on Sunday.

Chen Long, the World No 1 and the top seed in the Malaysian Open surrendered his title to Malaysia's evergreen Chong Wei who won his record 11th Malaysia Open title with a 21-13, 21-8 win over the Chinese ace in the final. Lin Dan was shown the exit in the quarter-finals while Momota gave a walkover to England's Rajic Ouseph in the second round after he was asked to return home.

Chen Long is the top seed again in the Singapore Open and is expected to meet second seed and two-time Olympic gold medallist Lin Dan in the final. Chong Wei is skipping the Singapore Open while Momota and teammate Kenichi Tago have withdrawn following the suspension by the Nippon BA.

However it won't be an easy for either Chen Long or Lin Dan if recent results are anything to go by. Danger lurks for the favourites in Singapore with fourth seed and world No 6 Viktor Axelsen and fifth seed Jan O Jorgensen who is also the World No 5 as the darkhorses in Singapore.

There are also World No 7 and sixth seed Tian Houwei, who is in the top three bracket in China after Chen Long and Lin Dan. Taiwan's Chou Tien Chen is seeded seventh while Indonesia's Tommy Sugiarto is the eighth seed - all capable of pulling off upsets.

Spain's Carolina Marin, the World Champion and World No 1 in rankings, is the top seed in the women's singles. It is left to be seen if the Spaniard has fully recovered from a bad bout of flu and cough which saw her surrender her Malaysian Open title - losing to China's Wang Yihan 21-13, 21-15 in the quarter-finals.

World No 8 Saina Nehwal of India, who was seeded fourth in Singapore has withdrawn due to illness. Nehwal was beaten by Taiwan's Tai Tzu Ying in the semi-finals in the Malaysian Open. Tzu Ying is seeded No 7 in Singapore.

Wang Yihan, the World No 6 is the fifth seed with Korea's Sung Ji-hyun and Japan's Akane Yamaguchi seeded sixth and eighth respectively.

World No 1 Lee yong-dae-Yoo Yeon-seong of Korea are the hot favourites for the men's doubles although they fell to teammates Kim Gi-jung-Kim Sa-rang in the semi-finals in the Malaysian Open.

Gi-jung-Sa-rang beat China's Chai Biao-Hong Wei for the Malaysian Open title and look good for another title in Singapore. Russia's Vladimir Ivanov-Ivan Sozonov failed to ride on their maiden All-England title in the Malaysia Open but the Russians are capable of registrering upset in Singapore.

World No 2 and third seeds Mohammad Ahsan-Hendra Setiawan carry Indonesia's hopes in the men's doubles - with their eyes set on the Rio Olmpics.

Any of the Japanese, the Chinese and the Korean pairs are capable of winning the women's doubles title in the Singapore Open. Japan's Misaki Matsutomo-Ayaka Takahashi are the top seeds with Indonesia's Maheswari Nitya Krishinda-Polii Greysia getting the second slot. Newly crowned Malaysia Open champions Tang Yuanting-Yu Yang are seeded only No 6 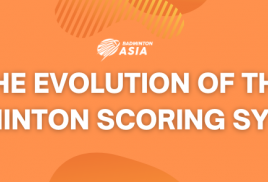 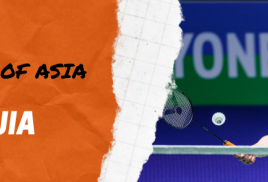