The Covid-19 pandemic has wreaked havoc throughout the world. The disease, which infected millions around the world, had devastating effects and brought so many activities to a standstill. Sports was also not spared by this outbreak which forced the Tokyo Olympics to be pushed to the following year. Instead of starting off in a month’s time, the world’s greatest sporting extravaganza will now take place a year later.

For many athletes and that includes badminton players, the shifting of the Olympics has affected them in various ways, while some were upset and disappointed, others were relieved as they would have more time to prepare. Either way, the shuttlers will re-organise their training and develop new strategies to ensure they are on the flight to Tokyo come July next year. The decision to shift the Olympics is final, now players have to move forward and focus on achieving their goals, based on the revised dates.

The one constant with all these professional players is the fact that health and safety cannot be compromised. Indonesia’s Jonatan Christie had summed it up perfectly: “The postponement was for the good and health of everyone. The priority now is to stop the spread of the virus thus limiting the number of deaths.”

Needless to say, it will be increasingly challenging for some players who will be contesting in the final Olympics of their careers. For them, an additional 12 months will make an enormous difference, so too for the younger players who will now have more time to prepare to claim the limited slots in the Olympics badminton competition.

"Badminton is about age. When you have grown older, it is really more difficult to compete against younger athletes," Malaysia’s Datuk Lee Chong Wei, a three-time Olympic silver medallist, had said in an interview last month.

The Olympics is unlike any other major competition and representing one’s country is something to cherish for a lifetime, which is why all players will fight to the very end to make the trip.

Vietnam’s No.1 singles star, Nguyen Tien Minh, whose career best was a bronze medal at the 2013 World Championships, admitted that the one-year wait would make it difficult for him. He will be 38-years next year and is hopeful his experience will see him through.

Reigning men’s singles Olympics gold medalist Chen Long, who will be 32-years next year, did not have the best of starts this year, going down in the quarterfinals of the All England and Malaysia Masters, so it’s possible the added time will play to his advantage.

But for Malaysia’s Lee Zii Jia, the revised dates will make a world difference for the 22-year-old who moved up to No. 10 just before competition was suspended. With the benefit of another year, he will be in a stronger position to battle for the top spots. Malaysia’s BAM coaching director, Wong Choong Hann was quoted in the local media as saying: “The postponement would do good for our younger players like Lee Zii Jia and Aaron Chia-Soh Wooi Yik.”

For world No.1 Kento Momota, among Japan’s prime candidates to deliver gold at his home Olympics, the rescheduled dates have been favorable to him. In a tragic accident in Malaysia, Momota suffered injuries and had to undergo a surgery, which would sideline him for some time, thus affecting his dreams of gold.

Then came news of the postponement which Park Joo Bong, the national coach of Japan, said would allow Momota to get back to training and regain his fitness. "Momota is making full use of the lockdown to fully recover from the surgery,” Joo Bong told the media. "Fortunately, the Tokyo Olympics has been postponed for one year which gives Momota time to recover and to prepare for the games.”

If luck favored Momota, it was a different story for world No.1 women’s singles ace, Tai Tzu Ying who is not leaving anything to chance. She is determined to get back into shape and has lined up to contest male shuttlers in a forthcoming competition.

The competition, according to the Chinese Taipei Badminton Association, will also help gauge her form as she gets ready for the competition to resume and kick-start her preparations to strike gold in Tokyo.

For all the players, the lockdown has hampered their training, but they have all carried out light training in their homes. In some countries, after restrictions were eased, players intensified their training regimes. Some nations have commenced full training and are getting ready for the competitions to resume.

“I have been jogging quite a lot and also doing some light exercise,” Jonatan said. Like the Indonesian megastar, Tien Minh also managed to workout and train during the lockdown with his wife, Vu Thi Trang who is also a national player.

The tradition and allure of the Olympics is extremely strong for players and they will do whatever is necessary to earn the right to walk with their compatriots, and the world’s best athletes, at the opening ceremony at the historic Olympic Stadium in Tokyo. The badminton players too will want to compete on the world’s biggest sporting stage, and in the coming year, they will train and push themselves to the limit in their quest for Olympic glory. 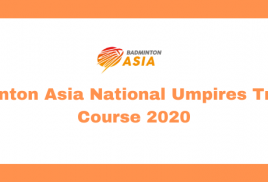 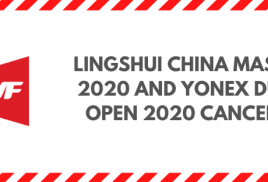 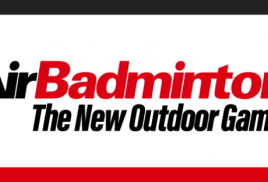 A New Kind of Badminton: AirBadminton