All eyes on India's Lakshya when the suspension lifts

After being starved of action for the past few months, badminton fans around the world are eagerly waiting for the sport to resume. When the World Tour and other tournaments start, including the Thomas Cup, one player everyone should look out for will be India’s rising star, Lakshya Sen.

Coming from a badminton family, Lakshya, a former world junior No 1, has been touted as the next big star to emerge from India, some are going a step further and saying he could be a future world No.1.

Like all other shuttlers, Lakshya was grounded by the lockdown due to the Covid-19 pandemic. But the 18-year-old player is not going to let this get him down and has been working out with his brother, Chirag Sen.

The siblings have enough on their hands to stay fit at home at Almora, Uttarakhand. Based on the weekly training schedule given by the Prakash Padukone Badminton Academy (PPBA) which is near their home, Lakshya and Chirag have been going through their routines which also includes bodyweight exercises.

An added advantage for the Sen siblings is that their father D.K. Sen, a former national coach with the Badminton Association of India, keeps a close watch his sons' training. The senior Sen is now attached to PPBA as one of the coaches.

Currently ranked No 27, Lakshya, based on his form at that time, was confident of breaking into the top 15 but everything came to a smashing halt due to the pandemic. ''I was looking forward to playing in big tournaments and compete against better players with hopes of breaking into top 15 this year ... but then everything stopped suddenly and all tournaments were suspended,'' said Lakshya.

Lakshya, winner of five BWF titles last year including the Dutch Open, has now set his sights on qualifying for the Tokyo Olympics which has been postponed to next summer. He is now waiting for the competitions to resume, including the rescheduled Thomas Cup in October, to get his campaign back on track.

The youngster has recorded some impressive performances this year. At the All-England, he battled past first round opponent, Lee Cheuk Yiu of Hong Kong China 17-21, 21-8, 21-17. In the second round, he came up against Denmark's Viktor Axelsen where he put up a brave challenge against his more illustrious opponent. In the end, Lakshya’s inexperience cost him the match 17-21, 18-21. After that inspiring performance, fans were waiting to see more of him, unfortunately, all competitions were suspended.

The 2018 Badminton Asia Junior champion and Youth Olympics silver medallist in Argentina has the potential to go very far and is clearly among the rising Asian stars. To improve his game, Lakshya underwent a successful training stint with Danish club Aarhus under Morten Frost.

At the rate Lakshya is progressing, he could well be on the way to join his other illustrious compatriots – Prakash Padukone. P. Gopichand and K. Srikanth – who were former world No.1 ranked players. 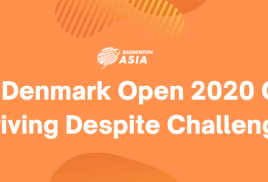 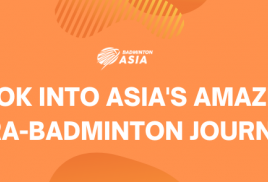 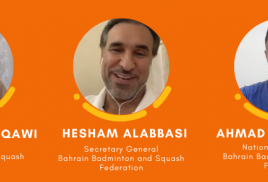