It will be another milestone for Badminton Asia and a historical feat for Vietnam where the inaugural Mixed Team Championships will be held in Ho Chi Minh City from 14th to 19th February.

This is the latest addition to the Badminton Asia organised event, adding another platform for teams and players to test their skills at the continental level before heading to the world event in May.

Vietnam Badminton Federation and its affliliate, Ho Chi Minh City Badminton Association had answered the challenge to host this event, a brave initiative to host this first event in Vietnam. Badminton Asia is initiating a move to bring major continental events to up and coming countries and diversify the spread of hosting around Asia, not only giving them the opportunity to host but most importantly the transfer of knowledge, in view of more countries in Asia preparing to host higher level events in the future.

At the end of the entry dateline on 10th January 2017, we have received a total of 14 teams. The teams will compete for the Challenge Trophy, vying to be the first holder of this Championships. 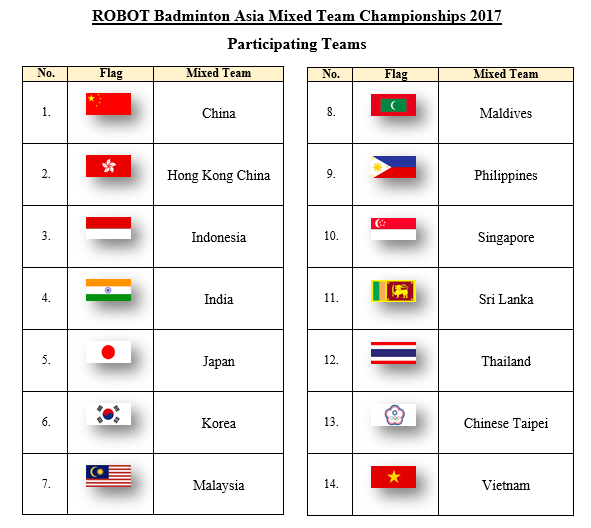